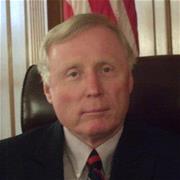 For 36 years he had been a self-employed businessman in the Town of Southeast before retiring in 2007.  Tony is a US Marine Corps Combat Veteran who served in Vietnam where he earned a Purple Heart.  Tony is a 58 year Southeast resident who graduated from Brewster High School in 1965.